Which country does the island Bornholm belong to?

Bornholm is a Danish island in the Baltic Sea, to the east of the rest of Denmark, south of Sweden, northeast of Germany and northwest of Poland. The main industries on the island include fishing, dairy farming, and arts and crafts such as glass production and pottery using locally worked clay. Tourism is important during the summer.

The island's topography consists of dramatic rock formations in the north (unlike the rest of Denmark, which is mostly gentle rolling hills) sloping down towards pine and deciduous forests (greatly affected by storms in the 1950s), farmland in the middle and sandy beaches in the south.

Strategically located in the Baltic Sea, Bornholm has been fought over for centuries. It has usually been ruled by Denmark, but also by Lübeck and Sweden. The ruin of Hammershus, at the northwestern tip of the island, is the largest medieval fortress in northern Europe, testament to the importance of its location. 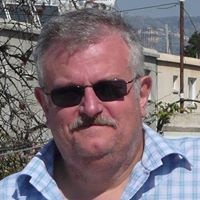 deborahpmercer
Despite having been there I still managed to get it wrong. Missing, one brain!

larrywagner
Come on Tesla catch up.

Jerry Edwards
Roberta Williams, Poland, landlocked? It has a very large area of coastline on the Baltic sea! One of the ports being where Lech Walesa led his party &quot;Solidarity&quot; or &quot;Solidarnosc&quot; in the late 70&#39;s / early 80&#39;s.

Mark G. Feeney
Roberta Williams, Poland&#39;s movement away from communism began in the shipyard&#39;s of Gdansk

Douglas Oaten
It would be Denmark or Sweden. I chose the wrong one...