Which country is the origin of the board game "Cluedo"/"Clue"?

"Cluedo", known as "Clue" in North America, is a murder mystery game for three to six players (depending on editions). The game was first manufactured by Waddingtons in the United Kingdom in 1949. Since then, it has been relaunched and updated several times, and it is currently owned and published by the American game and toy company Hasbro.

Holed up in his home in Birmingham, England during air raids on the city during World War II, Anthony E. Pratt, an English musician and factory worker, recalled the murder mystery games played by some of his clients at private music gigs as well as the detective fiction popular at the time, most notably Agatha Christie.

In 1944, Pratt applied for a patent of his invention of a murder/mystery-themed game, originally named" Murder!" Shortly thereafter, Pratt and his wife, Elva Pratt (1913–1990), who had helped design the game, presented it to Waddingtons' executive Norman Watson, who immediately purchased it and provided its trademark name of "Cluedo" (a play on "clue" and "Ludo", "ludo" being Latin for "I play").

Howard Groopman
I figured any game with a &quot;Colonel Mustard&quot; (or whatever his title was) would be British.

brezza marina
The options do not include the right answer. The explanation states that it is UK. England is NOT United Kingdom. England is part of UK, as well as Scotland.

Peter Thomas
Brian Smith, true, but to be more specific England as Birmingham is a city in England. 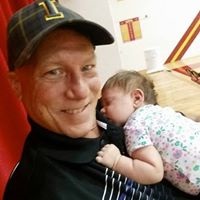 manasphal
I figured any game with a &quot;Colonel Mustard&quot; (or whatever his title was) would be British same concept by me too.

Patty K
Patty K, ignore my reply. I was thinking of how I explained that to my young daughter. Lol. Although Betty White did receive that title

Patty K
Jerry Edwards, in Kentucky the title Colonel is similar to being called &quot;Sir Sanders&quot; in England. It is basically a term of respect. The actress Betty White was a Colonel in Kentucky

Howard Groopman
Jerry Edwards, Nope, just an American businessman who lived from 1890-1980. Here&#39;s something from Wikipedia: The title &quot;colonel&quot; is an honorific title, the highest awarded by the Commonwealth of Kentucky, the Kentucky Colonel, and is not a military rank. The Governor of Kentucky bestows the honor of a colonel&#39;s commission, by issuance of letters patent.

Jerry Edwards
Howard Groopman, Okay. I didn&#39;t know that. I thought that Colonel Sanders was a Confederate Officer in the American Civil War?

Howard Groopman
Jerry Edwards, Yes, but in Kentucky, I believe &quot;colonel&quot; is/was an honorary title and not a military one.

Jerry Edwards
Howard Groopman, Though I agree, as I was thinking along the same lines, may I suggest that similar could be said about KFC? Colonel Sanders was American, from Kentucky, wasn&#39;t he?

Paulette Arnold
I should have known. Like the game.
Author:
Stevie G
Writer