Greenland, an autonomous constituent country of the Kingdom of Denmark (which also includes the countries of Denmark and Faroe Islands) is one of the EU countries’ overseas countries and territories (OCT). Greenland receives funding from the EU for sustainable development and has signed agreements increasing cooperation with the EU.

Greenland joined the then European Community in 1973 as a county along with Denmark, but after gaining autonomy in 1979 with the introduction of home rule within the Kingdom of Denmark, Greenland voted to leave in 1982 and left in 1985, to become an OCT. The main reason for leaving is disagreements about the Common Fisheries Policy and to regain control of Greenlandic fish resources to subsequently remain outside EU waters. Citizens of Greenland are, nonetheless, EU citizens within the meaning of EU treaties and Danish nationality law. 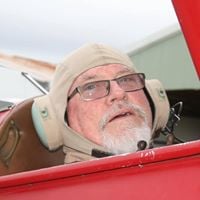