Which country sold Alaska to the United States in 1867?

In 1867 Alexander II, the Russian emperor, sold Alaska to the USA for 7.2 million dollars.

The Russian Empire was afraid to lose Alaska in future conflicts. For example, future war with Britain could make the things worse and leave the Empire without this hard-to-defend territory. Moreover, economic situation in the Empire was tough, and there were no possibility to develop Alaska's territory well. After a long period of negotiations the territory was finally sold to the US.

This fact is pretty well-known! Did you know that? Tell us in the comments below!

Michael Doherty
Louis Michael Durocher,, what planet did you grow up on?

ftg
One of the holdovers from Lincoln&#39;s administration did the right thing at a difficult time. Many thought the US got fleeced by the Russians with this deal. Time has proven it was quite shrewd, obviously...

Cheryl McMeekin
Was taught this in High School Darrell Cole
Learned that in 3rd grade in 1947

kenalbrecht
Susan Rockhill Ivors, no they don&#39;t, Palin would have been on their territory. 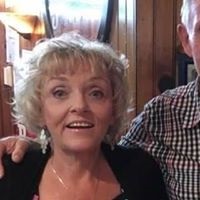 Susan Rockhill Ivors
I am sure today they regret it

docluci
Thanks Russia for all those great resources Janet Cöömbes
Did not know that one Terry Evans
Got it right. Did not know this, very interesting