Which dog spent 14 years guarding the grave of his owner?

Greyfriars Bobby (May 4, 1855 – January 14, 1872) was a Skye Terrier who became known in 19th-century Edinburgh for spending 14 years guarding the grave of his owner until he died himself on 14 January 1872. The story continues to be well known in Scotland, through several books and films. A prominent commemorative statue and nearby graves are a tourist attraction.

The best-known version of the story is that Bobby belonged to John Gray, who worked for the Edinburgh City Police as a nightwatchman. When John Gray died he was buried in Greyfriars Kirkyard, the kirkyard surrounding Greyfriars Kirk in the Old Town of Edinburgh. Bobby then became known locally, spending the rest of his life sitting on his master's grave.

garyeisele
I don&#39;t believe there&#39;s any love more unconditional than the love of your dog.

Vince Savage
We have seen &#39;Bobby&#39; many times...his nose is shinier than the rest of him from constant stroking. John Woods
Albeck Wilson-Smith, absolutely not. A true story, a genuine wee dug who inspired the film. No fairy story!!

tomkat
My wife passed away in 2012 and after I had settled into a new place, our dog died, I felt she finally realized she wasn&#39;t coming back, very sad. 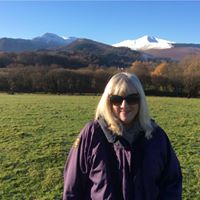 Joyce Greenlees
Shirley Carere, the people of Edinburgh brought food and water every day to Bobby.

Lydia Coutts
I used to work in the National Museum of Scotland, right opposite Greyfriar’s Kirkyard and the statue of Bobby. It was always surrounded by tourists rubbing his wee nose for luck. And just a few metres away is the Elephant House Cafe, where JK Rowling wrote the first Harry Potter. Suffice to say it’s a popular street with tourists! If memory serves, Bobby’s collar and feeding bowl are on display in the National Museum of Scotland. So if you love Bobby, pay it a visit!

Anita Clark Morton
When we lived in northern England, my daughter was only about 10, and we loved driving north to Edinburgh, just so we could see &#39;Bobby&#39;. It is SUCH a sweet and also sad story.

Darlene Davidson
Stories about the loyalty and devotion of dogs are so sad. For such happy animals, they sure can make you cry.

Richard G Schwartz
Sweet and Sad at the same time.

Shipster
My auntie had a dog which was buried in her large garden and her next dog never went near the grave for the 14 years of his life until his last day he went and lay on the grave then walked into the kitchen, lay down and died.

tippiaca
The story of hutchico a story based in Japan is also beautiful it&#39;s a movie with Richard Gere if anyone is interested and it&#39;s called Hachi 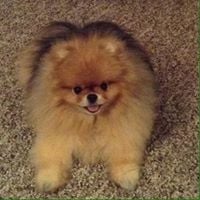 Jeanie Thompson
Seeing Greyfriers Bobby gravesite and statue were high on my list of must sees on a trip to Edinburgh a few yrs ago. If only most people were as loyal as that little dog. xo Linda Russo
Richard Gere made a move that was very similar....Hachi, A Dog’s Story It will make you cry, it’s so sad

pmkeyes
Never heard of any of these

hairofdog
A Dog is an amazing Animal !

Michael O
Men need to learn to treat women on here with respect and dignity, even if they are more intelligent than us. It takes a true man to admit this and the losers will respond disrespectfully. Jody Hicks
You have that right...did you know that DOG spelled backwards is GOD!! Enjoy your day! 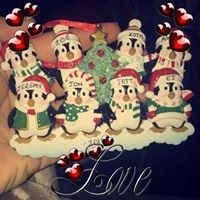 Andrea Renee Stephens
What a love for his master!

musserfaron
This is a tear jerker.This is a story I&#39;ve never heard before.
Author:
David Wilkes
Writer