Which fact about axolotls is true?

The axolotl (Ambystoma mexicanum) is the best known of the Mexican mole salamanders: it belongs to the Tiger Salamander complex. The Axolotl shows neoteny: the larvae do not undergo metamorphosis, so the adults stay aquatic, with external gills.

The feature of the axolotl that attracts most attention is its healing ability: the axolotl does not heal by scarring and is capable of the regeneration of entire lost appendages in a period of months, and, in certain cases, more vital structures, such as tail, limb, central nervous system, and tissues of the eye and heart.

Axolotls exhibit neoteny, meaning that they reach sexual maturity without undergoing metamorphosis. In the axolotl, metamorphic failure is caused by a lack of thyroid stimulating hormone, which is used to induce the thyroid to produce thyroxine in transforming salamanders. Axolotls can be induced to metamorphose by an injection of iodine (used in the production of thyroid hormones) or by shots of thyroxine hormone. The adult form resembles a terrestrial plateau tiger salamander.

Carrie Arnold-Marsh
They don&#39;t really naturally turn into salamanders, they just resemble them.

Julie Allen
Do not develop into salamanders naturally - So while many amphibians, like the salamander, will eventually develop lungs and live on land, axolotls keep their trademark feathery external gills and remain aquatic. This also means that their teeth never develop and that they must rely on a suction method to consume food. . They Are Critically Endangered Found only in one small region in Mexico, the axolotl is critically endangered in the wild.They occupy less than four square miles in a habitat that is in severe decline. Their importance to scientific research and their ability to be bred in captivity should help ensure their survival, but not necessarily in the wild.

John McLardie
They CAN be forced unnaturally to undergo metamorphosis and become salamanders. However the process shortens their lifespans considerably. Animal cruelty? Definitely.

Georgia Kemp
They are an example of neoteny. They do not live long if triggered into becoming an adult salamander. I would say the success of something does not involve death! 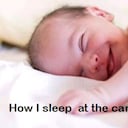 LuAnn Capouch Esko
I&#39;m kinda creeped out by this...that they know this stuff and how they know, just seems wrong in some way.

cchisholm
There are some at the aquarium on Belle Isle in Detroit. Very cute creatures. And they were stars of an issue of Mad Magazine. Yes I read Mad.

Bridy4u
An experiment was done where iodine was injected into an axolotl, which triggered a rush of hormones to be released and caused rapid growth, which caused it to appear/resemble its cousin, the tiger salamander

Jerry Edwards
ctbratton, When it comes to Admin submitted questions, it is not &#39;almost&#39;. It is ALWAYS.

Chris Brown
Carrie Arnold-Marsh, I totally agree. I think it would take a magician to attempt that! But as magic is illusory, it would e impossible.

ctbratton
All is almost always the answer when included.

Lawanta
Many questions in this quiz from Lilly, all related to odd aquatic creatures🤔

Lawanta
Deborah Koreneff, WOW! Do you remember which lake? I live in Central Wisconsin...

James Webb
Joanne Serin, When the present one tries to utter them he reads from the wrong auto cues . Deborah Koreneff
I found one in a lake in Wisconsin many years ago. Mike Strange
By definition, all facts are true 🤷‍♂️