Which famous Egyptian landmark is hidden in the picture?

The Great Sphinx of Giza, commonly referred to as the Sphinx of Giza or just the Sphinx, is a limestone statue of a reclining sphinx, a mythical creature with the body of a lion and the head of a human. 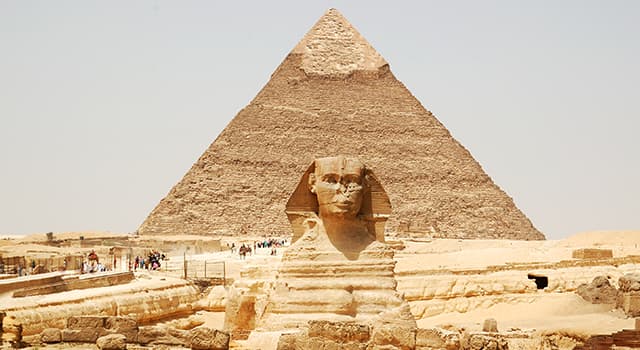 Facing directly from West to East, it stands on the Giza Plateau on the west bank of the Nile in Giza, Egypt. The face of the Sphinx is generally believed to represent the Pharaoh Khafre.

Cut from the bedrock, the original shape of the Sphinx has been restored with layers of blocks. It measures 73 metres (240 ft) long from paw to tail, 20.21 m (66.31 ft) high from the base to the top of the head and 19 metres (62 ft) wide at its rear haunches. It is the oldest known monumental sculpture in Egypt and is commonly believed to have been built by ancient Egyptians of the Old Kingdom during the reign of the Pharaoh Khafre (c. 2558–2532 BC). Geoff Joyce
If you take a photograph head on to the Sphinx, there is no pyramid behind. This is a photoshopped picture.

joycekingsmith
Vicky Rosenberg, l&#39;m a little confused by your comment. What does the sphinx ask everyone. William Perkins
Glad you used BC and not the Godless BCE

Char
I hit the wrong button

Linda Spreng
Geoff Joyce, The pyramid is not immediately behind the sphinx. There is one farther back. Did you notice how tiny the people are in the background? I&#39;d say there may be a distortion of some nature, but I&#39;d say that there IS a pyramid there. 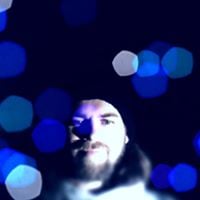 Karen Mack
Geoff Joyce, By golly, you&#39;re right! I had to stop and think about it, as it has been 15 years since I was there... but you are definitely correct.

larrywagner
Thanks David for another easy 5 points. Come on Tesla catch up.

Carl Belken
Irma Rivera, I hope you do!

bvspurrell
I will say this though the picture shown is adjusted as the pictures I took from further away with the Sphinx&#39;s face centered, Cheops should be just to the right of the Sphinx&#39;s left shoulder (right shoulder as you are facing it) so I can see where your coming from now. Cheops is definitely not centered directly behind the Sphinx therefore my apologies to both gentlemen.

bvspurrell
Joseph A. Robitaille, You are mistaken Joseph and as already mentioned I have the photographs to prove it. If you are standing on the roadway directly in front of it albeit the elevation of the roadway is above the Sphinx you can clearly see the Sphinx in the centre Cheops to the right and Menkaure off to the distance in the left of the photo and I am in one of the photos. Now if you are in close proximity directly in front of the Sphinx then you are correct so we must be discussing a specific distance otherwise I am at a loss as to why you would make your declaration so. Wish there was a mechanism to attach my photographs.
Author:
David Wilkes
Writer