Which famous industry is located in Seattle, Washington in the US, at the cross streets shown?

As part of a large farmers' market, the 'Pike Place Fish Market' is an open air fish market located in Seattle, Washington at the cross streets named Pike Place and Pike Street. Founded in 1930, this site is known for the tradition of fishmongers (someone who sells raw fish and seafood, either wholesale or retail), throwing fish that customers have purchased, before they are wrapped. The market is a popular tourist attraction, often billed as world-famous. Exact address for the headquarters is 86 Pike Place.

The 'Pike Place Fish Market' is best known for its staff who complete a ritual of hurling customers' fish orders across the display and shipping area. This standard routine and ritual is followed by staff after customers have placed an order. While wearing orange rubber overalls and boots, staff call out the customer's order, at which point the fishmonger will throw the customer's fish behind the counter for wrapping. Initially, the ritual of shouting and then repeating the customer's ordered fish began as a prank by one employee, but was enjoyed by customers, so it became a routine and tradition.

As part of the ritual, while working, staff yell to each other and chant in unison while they throw ordered fish. Occasionally, the staff will throw a foam fish into the crowd to scare bystanders or select a customer from the crowd to participate in the fish toss. Above the area in which they throw fish is a sign that reads, "Caution: Low Flying Fish."

Bank-Robber
Guessed twice and got it wrong both times but I live in Kansas!!!

RCKCreatEnt
Any American at least in high school should know Seattle is in the USA/America; Beowulf routinely stuffs excess data in his questions Anyone who has watched enough Seattle Seahawks &amp; Washington Huskies football games has seen clips of the fish tossing at Pike Street Market

Lydia Wood
I lived in Seattle during the 80s. I loved visiting Pike Place Market. Throwing fish around actually bruises the fish flesh. Walking north on Pike, you’ll also find starving artists and their art. I like to think I helped support many of them! Bob Given
The sign &quot;Pike Fish Market&quot; is in the photo right below the street sign which gave the answer away.

Jaminator
The best Clam Chowder in the universe is available there! 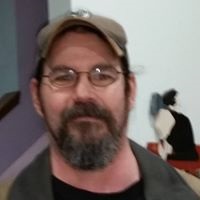 CharlesB
its NOT just a fish market.

Char
I got that

Bridy4u
Exactly,Donna Bayar Repsher, I abhor when the correct answer is absent and we are forced to pick amongst the lamest of offerings

perkyposey
This question is worded wrong! It&#39;s also a farmers market and other things!