Which film concerns an extraterrestrial searching for water to save his planet?

"The Man Who Fell to Earth" is the 1976 film which concerns an extraterrestrial searching for water to save his planet. This is a science fiction movie where Thomas Jerome Newton (David Bowie) is an alien. He comes to Earth. Aided by lawyer Oliver Farnsworth (Buck Henry), Thomas uses his knowledge of advanced technology to create profitable inventions. While developing a method to transport water, Thomas meets Mary-Lou (Candy Clark), a quiet hotel clerk. He begins to fall in love with her. Just as he is ready to leave Earth, Thomas is intercepted by the U.S. government. His entire plan to help his planet is threatened.

"The Man Who Fell to Earth" is a British film that was directed by Nicolas Roeg and written by Paul Mayersberg, based on Walter Tevis's 1963 novel 'The Man Who Fell to Earth'. This film was edited by Graeme Clifford and produced by Michael Deeley and Barry Spikings. Besides starring Bowie as the ailen, the cast featues Rip Torn as Dr. Nathan Bryce, Candy Clark as Mary-Lou, Buck Henry as Oliver V. Farnsworth, and Bernie Casey as Mr. Peters.

Despite mixed film reviews, the film was seen as a complete success. It was called the perfect vehicle for David Bowie. The plot was also called intriguing, and viewers wanted to find out how the movie ended.

Denise Currie
Love this film. I am a big Bowie fan and watched if for that originally but really got into the film 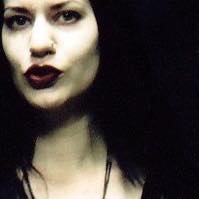 Darlene Davidson
I have never seen this movie.

Johnny Rock
I think I would like to check this movie out, as I have never seen it.
Author:
E11-Hitman
Writer