Which film did Madonna star in that was directed by Penny Marshall?

"A League of Their Own" is a 1992 American sports comedy-drama film that tells a fictionalized account of the real-life All-American Girls Professional Baseball League (AAGPBL). Directed by Penny Marshall, the film stars Tom Hanks, Geena Davis, Madonna, Rosie O'Donnell, and Lori Petty. The screenplay was written by Lowell Ganz and Babaloo Mandel from a story by Kelly Candaele and Kim Wilson.

In 1992, Madonna starred in "A League of Their Own" as Mae Mordabito, a baseball player on an all-women's team. It reached number one on the box-office and became the tenth highest-grossing film of the year in the U.S. She recorded the film's theme song, "This Used to Be My Playground", which became her tenth Hot 100 number-one hit.

Carole Penny Marshall (October 15, 1943 – December 17, 2018) was an American actress, director, and producer. She came to notice in the 1970s for her role as Laverne DeFazio on the television sitcom Laverne & Shirley (1976–1983), receiving three nominations for the Golden Globe Award for Best Actress – Television Series Musical or Comedy for her portrayal. 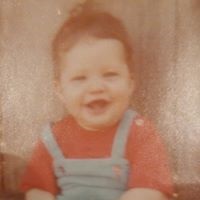 Ellen Fourroux
Jewel , You don&#39;t even realize it&#39;s Madonna she plays the part so well .....the role has nothing to do with her singing or stage personna. Her ability to act the role of Mae without reverting to her stage personality shows her level of professionalism All of the actors and actresses are excellent and it&#39;s about the All American Girls Professional Baseball League.....an excellent cast. It&#39;s also interesting to see how well a cast was chosen to play the women years down the line, when aged, they all gathered to open the museum in honor f the AAGPBL. They did a good job!

liftboy
I danced in this film!! Cyndee Hoye Hinrichs
One of our family favorites! You don’t have to like Madonna to love the film, something for everyone

lankford smock
Love this movie. I never get tired of watching it.

Christopher Clark
I loved this movie. I didn&#39;t know that she also directed those other films that were also good. She was a very talented actor and director. 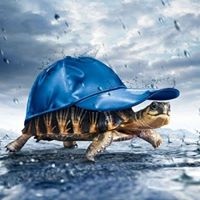 Cheryl McMeekin
One of my favorite movies.

Alane Holmes Nuzum
Truly sad, you can’t imagine how devastating it was for us Houstonians!! No fun to realize nothing is sacred anymore, not even Baseball! Howard Groopman,

Alane Holmes Nuzum
I use it for “there’s no crying in mah jong” most often !Angel Attanasio,

William Perkins
for all the attention to detail, she put into clothing I was surprised to see her big blooper on Bill Pullman&#39;s ribbons and the plan to drive to Oregon in a car that had only an A gas ratio sticker.
Author:
Special Patrol Group
Writer