Which film has Kirk Douglas (a reporter) trying to milk a story about a cave-in victim and a rescue?

The film "Ace in the Hole" is about Chuck Tatum (Kirk Douglas). With flaws that outweigh his talent as a reporter, Tatum bounces across the country from job to job. Winding up in New Mexico, Tatum gets work from the local newspaper, but finds that there's not much in the way of pressing news. However, when Tatum catches wind of a treasure hunter (Richard Benedict) trapped in a mineshaft, he turns the story into a media sensation. Soon Tatum is using unscrupulous tactics to draw out the situation, an approach that in the end comes back to haunt him.

"Ace in the Hole" is a 1951 American drama film where Douglas (Chuck Tatum) is a cynical, disgraced reporter who stops at nothing to try to regain a job on a major city newspaper. This film was the first time that Billy Wilder was involved in a film project as a writer, producer, and director. The film's screenplay was also by Walter Newman and Lesser Samuels. It was based upon two real-life events in a story provided by Victor Desny. Besides starring Douglas, the cast included Jan Sterling as Lorraine Minosa, Robert Arthur as Herbie Cook, Porter Hall as Jacob Q. Boot, editor, publisher, and owner of the Albuquerque Sun-Bulletin, Frank Cady as Mr. Federber, a tourist, and Richard Benedict as Leo Minosa.

At the time of its release, critics and a large group of fans found little to admire. This was evident by lack of fan support and the movie's lack of box office success.

Thor Johnson
I saw the movie but I thought it went by another name- The Big Circus. 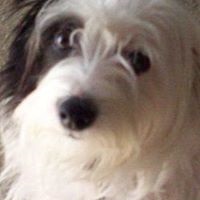