Which ingredients are traditionally found in the culinary classic, succotash?

Succotash (from 'Narragansett sohquttahhash', "broken corn kernels") is a culinary dish consisting primarily of sweet corn with lima beans or other shell beans.

Because of the relatively inexpensive and more readily available ingredients, the dish was popular during the Great Depression in the United States.

It was sometimes cooked in a casserole form, often with a light pie crust on top as in a traditional pot pie. Succotash is a traditional dish of many Thanksgiving celebrations in New England, as well as in Pennsylvania and other states.

"Sufferin' succotash" is a catchphrase used by Looney Tunes cartoon characters Sylvester the Cat and Yosemite Sam. "My supper dish, my succotash wish" is a line from the 1990 dance record "Groove Is in the Heart" recorded by 'Deee-Lite'.

"Make a wish, make a succotash wish" is a line from the 'Alien Ant Farm' song 'Wish' from their 2001 album 'Anthology'. "Succotash" is the title of the first track from Herbie Hancock's 1963 album 'Inventions and Dimensions'.

In an episode of the Saturday morning cartoon show 'Casper and the Angels' titled "The Impossible Scream", two recurring characters named Nerdley and Fungo sit down at a restaurant and attempt to order succotash with toast, a kaiser roll, and a cinnamon bun, being successively told every time by an increasingly frustrated waiter that they are out of succotash. Ultimately, they try to order succotash by itself, much to the waiter's exasperation.

Barb Beck
I HATE it especially the Lima Beans

Louella Wilson
Sufferin&#39; succotash, I clicked on the right option, but got pepper sprayed.

Rodney Wilkinson
All of these answers are valid !!!

Pat Wells
No to succotash.

Chris Braid
Thanks majority. No idea at all! 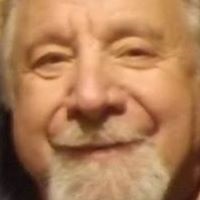 Max Turner
Mine was peas, corn, and carrots

Deborah Gabriel
Okra was in the Succotash that I ate growing up.

Nicholas Miernicki
I&#39;m not a big fan of lima beans. When I was in the Army, 50 years ago, they gave us C rations when we were in the field during Basic Training. One of them was lima beans and meatballs or something equally revolting. I think they might have been left over from WWII and they gave them to us in attempt to get rid of them.

William Laughlin
Jacqueline Tattam, I have to disagree. Name just one &quot;culinary classic&quot; that everyone would agree on because it is not associated with one place in particular. Aren&#39;t they all identified with a particular country or region? The US accounts for about one third of the North American continent. Isn&#39;t that enough to qualify? BTW, a classic or not, I hate succotash. Yuck.

William Laughlin
John McLardie, Name just one &quot;culinary classic&quot; that everyone would agree on because it is not associated with one place in particular. Aren&#39;t they all identified with a particular country or region? SMH