Which insect is responsible for spreading sleeping sickness?

African trypanosomiasis, also known as sleeping sickness, is an insect-borne parasitic disease of humans and other animals. The disease occurs regularly in some regions of sub-Saharan Africa with the population at risk being about 70 million in 36 countries.

It is usually transmitted by the bite of an infected tsetse fly and is most common in rural areas.The tsetse fly (genus Glossina) is a large, brown, biting fly that serves as both a host and vector for the trypanosome parasites. While taking blood from a mammalian host, an infected tsetse fly injects metacyclic trypomastigotes into skin tissue. From the bite, parasites first enter the lymphatic system and then pass into the bloodstream.

Nikki Proctor
oh no, confused the question as Malaria.

Player
They are attracted to blues

ninakamwene
I know this because I am from sub Sahara Africa, precisely Kenya. Excellent explanation. Thank you.

docluci
Easy answer for this MD!!!!!

hector tubens
Tsetse fly it is.

Richard G Schwartz
John me too. Les Griffin
I answered tick &amp; said I answered mosquito... tick spread sleeping sickness in horses where I come from!!

Denise Currie
Some days I think I have been bitten by a swarm of them, I could sleep all day. These are vile things though and create a nasty disease 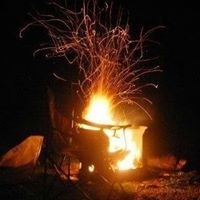 Terri Clarke
silrem, feel free to make better use of your time, many other contributors have taken the time to add to our education.
Author:
\\ZaiN//
Writer