Which Irish city has lent its name to a brand of crystal glassware?

Waterford (from Old Norse Veðrafjǫrðr, meaning "ram (wether) fjord") is a city in Ireland, which is usually associated with glass production. It is in the South-East of Ireland and is part of the province of Munster. It is the oldest and the fifth most populous city within the Republic of Ireland. Waterford City and County Council is the local government authority for the city. Waterford is known for Waterford Crystal, a legacy of the city's former glass making industry. Waterford's first glass manufacture is dated late 16th century. The glass had been produced here until 2009. 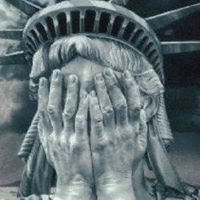 Connie Ahles Stennes
toured their factory in 2007, before the factory closed, then reopened several years later under new ownership. Amazing to watch those glassblowers and cutters! Some of the most beautiful glass in the world!

Carmine-James Pitaniello
My wife&#39;s and my choice for our wedding crystal. So beautiful...Waterford Marquis.. our names and date are etched into our toast glasses. Carmine and LInda, 3 November 2012, mi amore por eternite

IHamMe
Galway &amp; Tipperary also has crystal companies not as famous but still there all the same. My advice change to 2 different Irish counties

PlayerDave
lorna mcquitty, u can still get crystal made in Waterford, Heritage and primrose both made in the city

PlayerDave
Being a Waterford man couldn&#39;t get that wrong Mark Vincent
Crystal glass manufacture was introduced to Ireland by the Huguenots i believe.

lorna mcquitty
Oops, poor question as both Galway and Waterford make crystal.......such a shame that Waterford crystal isn&#39;t actually made in Ireland anymore !!

earlepg
Close to our first purchase after getting married.

mlphilpot
I really enjoy saying the correct answer before the choices appear. 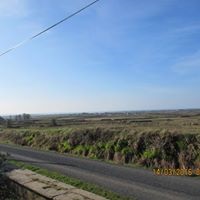 Carroll Price
Most Irish/English tours include a trip to the famous Waterford glass factory.

Louise C.
Beautiful crystal, alas it is a bit expensive for me
Author:
Stevie G
Writer