Which is a measure of how much alcohol is contained in a given volume of an alcoholic drink?

Alcohol by volume (abbreviated as ABV, abv, or alc/vol) is a standard measure of how much alcohol (ethanol) is contained in a given volume of an alcoholic beverage (expressed as a volume percent). It is defined as the number of millilitres (mL) of pure ethanol present in 100 mL (3.4 fl. oz) of solution at 20 °C (68 °F). The number of millilitres of pure ethanol is the mass of the ethanol divided by its density at 20 °C, which is 0.78924 g/mL (105.3 fl oz/gallon). The ABV standard is used worldwide. The International Organization of Legal Metrology has tables of density of water–ethanol mixtures at different concentrations and temperatures.

In some countries, e.g. France, alcohol by volume is often referred to as degrees Gay-Lussac (after the French chemist Joseph Louis Gay-Lussac), although there is a slight difference since the Gay-Lussac convention uses the International Standard Atmosphere value for temperature, 15 °C (59 °F).

Char
I know this from reading labels lol never been a big drinker but loved trying something new. My old fave lime margaritas anything tequila based on special occasions.

Wayne Roberts
In science “Alcohol is a Solution!”

Mic Fenst
Percent by weight is another measure done in chemistry. Alan Smith
Correct answer. Sorry but the U.S.A. is NOT the centre of the world.

gerri keays
Very poorly worded question even though I got it right . 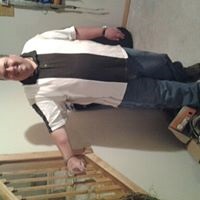 tkudera
I was thinking proof as well.

Rafi Manory
This question has two correct answers (by volume and by milliliter) and is missing the fact that in the US the alcohol content is called &quot;proof&quot; and is double the number in ABV units. Very poorly worded question and answers.

billyboy915
Kirk Tanaka, Does someone pay you to make insipid comments?

David Roy
The answer&#39;s in the question!