Which is the largest landlocked U.S. state?

Montana is a state in the Northwestern United States. Montana has several nicknames, although none are official, including "Big Sky Country" and "The Treasure State", and slogans that include "Land of the Shining Mountains" and more recently "The Last Best Place".

Montana is one of the nine Mountain States, located in the north of the region known as the Western United States. It borders North Dakota and South Dakota to the east. Wyoming is to the south, Idaho is to the west and southwest, and three Canadian provinces, British Columbia, Alberta, and Saskatchewan, are to the north.

With an area of 147,040 square miles (380,800 km2), Montana is slightly larger than Japan. It is the fourth largest state in the United States after Alaska, Texas, and California. It is the largest landlocked U.S. state. 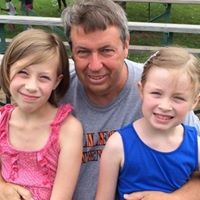 Gary Ellis
One of the few states that I haven&#39;t had the pleasure of visiting yet. Hopefully soon.

filmnut
Besides starting the Second World War with the United States of America, believing that their Emperor was the “Son of Heaven”; What made them believe they could win a war with us ? Japan needed just about everything needed to prosecute a modern conflict delivered to their homelands by sea transport. I f we had done nothing more than build Submarines and develop the Atomic Bomb and B-36 we could have won the Second World War.

John W Shreve
Johnny Rock, Isn&#39;t the speed limit like 90 MPH? It seems that would help.

Marian Spitzig
It is a beautiful, very large state!

Johnny Rock
If you consider the largest states Alaska, Texas, and California aren&#39;t landlocked its easy to see which is the largest state. I once drove across Montana and it took me nearly all day.
Author:
Special Patrol Group
Writer