Which is the only James Bond novel to be set entirely in Britain?

Moonraker is the third novel by the British author Ian Fleming to feature his fictional British Secret Service agent James Bond. It was published by Jonathan Cape on 5 April 1955. The plot is derived from a Fleming screenplay that was too short for a full novel so he added the bridge passage between Bond and the industrialist Hugo Drax. In the latter half of the novel, the premise of Bond seconded to Drax's staff as the businessman builds the Moonraker, a prototype missile designed to defend England. Unknown to Bond, Drax is German, an ex-Nazi now working for the Soviets; his plan is to build the rocket, arm it with a nuclear warhead, and fire it at London. Uniquely for a Bond novel, Moonraker is set entirely in Britain, which raised comments from some readers, complaining about the lack of exotic locations.

Steve Schofro
Are you kidding. They were on a moon base?

Boxfox
It asks about the novel not the film. Question is OK.

Cottec
It’s the person who posed the question, NOT the country. Jacqueline Fisher Rolen, 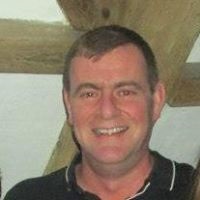 Kevin Price
Definitely not just in Britain. Unless of course France, Italy, Guatemala and the USA have moved.

vapeeps
Picked for your Eyes 👓 only Tonie Carr
If you are on a rocket flying around the cosmos and the go to the moon, you really can&#39;t be in Britain the entire novel.....unless outer space and the Moon belong to the Queen.

tmsav
What about madi gras it takes place Louisiana Lee Edwards
The movies were VERY LOOSELY based on the novels. The novels can be quite different than what you witnessed on the movie screens. The question asked which NOVEL... Fred Keogh
Steve Schofro, In the book, they don&#39;t go to the moon, and the question ask which novel?

James Brice
The least.of the Bond books and movies Prakash Chalise
I love you all
Author:
Frank Cowell
Writer