Kenjiro Takayanagi (January 20, 1899 in Hamamatsu, Shizuoka – July 23, 1990 in Yokosuka) was a Japanese engineer and a pioneer in the development of television. Although he failed to gain much recognition in the West, he built the world's first all-electronic television receiver, and is referred to as "the father of Japanese television".

In 1925, Takayanagi began research on television after reading about the new technology in a French magazine. He developed a system similar to that of John Logie Baird, using a Nipkow disk to scan the subject and generate electrical signals. But unlike Baird, Takayanagi took the important step of using a cathode ray tube to display the received signal, thereby developing the first "all-electronic" television set.

On December 25, 1926, Takayanagi successfully demonstrated his system at Hamamatsu Industrial High School, where he was teaching at the time (the school is now the Faculty of Engineering at Shizuoka University). The first picture he transmitted was of the Japanese katakana character Japanese Katakana made up of 40 scan lines.

Elsy O. Stromberg
Chance of a Japanese engineer having a non-Japanese name not very good.

John Moore
Strange because this is what you get from Google: Philo Farnsworth, in full Philo Taylor Farnsworth II, (born August 19, 1906, Beaver, Utah, U.S.—died March 11, 1971, Salt Lake City, Utah), American inventor who developed the first all-electronic television system. Farnsworth was a technical prodigy from an early age. Actually I checked because I thought a fully electronic system was invented in the UK and was tested by the BBC. That was a fully electronic transmission system but the televisions in the UK at the time were made to receive both John Logie Baird&#39;s mechanical/electronic and the all electronic broadcast systems

Kathryn Cavanagh
Only one Japanese name there. Was the answer correct..??

budderdudder
What a bunch of...💩!

Joe Mangan
Yes, Boris was one of the Rosings from Yokohama.

jonbroberts
Components of Takayanagi&#39;s TV were not capable of showing anything but a still picture. That&#39;s why true credit goes to Philo Farnsworth for his Sept. 07, 1927 TV. If you read the patents Farnsworth had the first FULLY FUNCTIONAL ALL-ELECTRIC IMAGE PICKUP DEVICE (video camera tube). Farnsworth went on to receive over 300 US and Foreign patents for electronic and mechanical services.

theotishaynes
That was hard since it was the only Japanese name out of the choices!!

Marianne
Everything that needed saying has been said. I got a few good chuckles out of the previous responses. Thank you for the laughter.

Clarence Quismundo
The name sounds obvious, but somebody still missed it.

Joseph A. Robitaille
Sorry to say but the name sounded like a true Japanese.Beautiful cabinet. 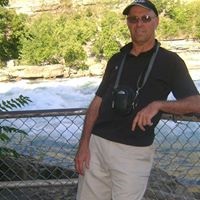 Ron King
Which engineer would have made the question a bit more challenging, Adding (Japanese) gave it away

Claudia Heilke
Really dumb options. Could have just asked which engineer and used these options or kept the question as is and listed 4 japanese names. Sheesh.
Author:
David Wilkes
Writer