Which novel is regularly cited as the best-selling novel of all time?

"A Tale of Two Cities" is an 1859 historical novel by Charles Dickens, set in London and Paris before and during the French Revolution. The novel tells the story of the French Doctor Manette, his 18-year-long imprisonment in the Bastille in Paris and his release to live in London with his daughter Lucie, whom he had never met. The story is set against the conditions that led up to the French Revolution and the Reign of Terror.

Dickens’ best-known work of historical fiction, with over 200 million copies sold "A Tale of Two Cities" is regularly cited as the best-selling novel of all time. In 2003, the novel was ranked 63rd on the BBC’s The Big Read poll. The novel has been adapted for film, television, radio and the stage, and has continued to have an influence on popular culture. Screenwriter Jonathan Nolan’s screenplay for The Dark Knight Rises (2012) was inspired by the novel, with Nolan calling the depiction of Paris “one of the most harrowing portraits of a relatable, recognisable civilisation that completely folded to pieces”.

The Lord of the Rings - J. R. R. Tolkien has sold approximately 150 million.

Grimms' Fairy Tales - Jacob and Wilhelm Grimm has sold in access of 135 million.

Cameron Brown
Erroneous question: Too much disputation between numerous references and authorities on this topic. Most are subjective due to industry marketing. Forging false numbers sold may benefit some publishers. Stephen Knapp
A Tale of Two Cities is historical fiction and other books have sold more, so the question as worded is incorrect.

Stevan Overby
Don Quixote blows it out of the water with 500,000,000 copies sold

Pat Wells
That might be true in the English speaking world, but Don Quixote has sold over 500 million copies, so good question with an incorrect and myopic answer.

illonabird
Ken Putnam, Questionable. Depends on who you talk to.

Janej
Not a good question at all - Grimm&#39;s Fairy Tales is not even a novel! 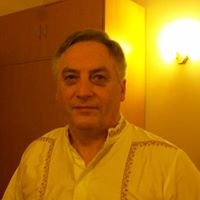 Andrew Richard
Terrible question, there is no definitive answer Mary Gini Fudge Chapman
I agree Jarrah. I had to use the 50/50 and guessed. No clear answer on this one -- to many variables. Glenn Robert Fisher
Ken Putnam, - of course it is. Made up bullshit !

Brad Schwebler
Wrong. Depends which list you look at. One list has Lord of the Rings as number one, another Don Quixote, another Harry Potter. None had Tale of Two Cities as number one. Louise Amrine
Think this is incorrect. Not one thing I read listed &quot;A Tale of Two Cities&quot;