Which of the following is not true about the English seaside village named "Westward Ho!"?

Westward Ho! is a seaside village near Bideford in Devon, England and was developed in the late 19th century. The name of the village deliberately included the "!" because it was taken from the title of Charles Kingsley's novel "Westward Ho!" (1855), which was set in nearby Bideford. The book was a bestseller, and entrepreneurs saw the opportunity to develop tourism in the area; the development of the village started ten years later. Prior to the Normandy Invasion of 1944, the Directorate of Miscellaneous Weapons Development chose Westward Ho! to test the Panjandrum beach-clearance weapon and adapted Bailey Bridges (as part of the Mulberry Harbour project). Westward Ho! is twinned with Mondeville in France and Büddenstedt in Germany. John Woods
Check out your English Granmar folks! The question asks which of the four is NOT true - options 1, 2 and 4 are true and option 3 is not as the ! was intentional, not an accident. Read it again!!!

Chriss Crockford
The ! Was intentional, named after a novel, to promote the area as a tourist area.

Etagi Nagaraja ,
Yours is Wrong Answer / Please check and Update !!!! Lynne Zeman
Laura Fletcher, I read the question wrong and got it wrong...no luck. 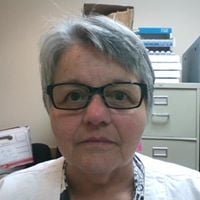 Laura Fletcher
I read the question wrong and got it correct. Dumb dumb luck.

Don Storjord
Another horse droppings question there are 2 correct answers once more trickery &amp; deceit Reign supreme .Main object of this to use our skills &amp; knowledge ,certain. Players have lost sight of this . Once again I ask who monitors &amp; approves the questions

Fran Graybowski
The answer that was not listed was All of the Above.

Sam Brown
Even the explanation says it was deliberate, not an accident. Sian Hutchings
This is my local seaside 🐙 Kevin Dale Streets
Now wait a minute. The question asked which was NOT true. The &quot;correct&quot; answer was that the ! was NOT an accident. Wouldn&#39;t that mean that it WAS an accident, but the explanation says that it was intentional. That means that the CORRECT correct answer should be &quot;None of the above!&quot;
Author:
Frank Cowell
Writer