Which of the following plants is poisonous?

"Ricinus communis", the castor bean or castor oil plant, is a species of perennial flowering plant in the spurge family, "Euphorbiaceae". Its seed is the castor bean, which, despite its name, is not a true bean. Castor is indigenous to the southeastern Mediterranean Basin, Eastern Africa, and India, but is widespread throughout tropical regions (and widely grown elsewhere as an ornamental plant).

The fruit is a spiny, greenish (to reddish-purple) capsule containing large, oval, shiny, bean-like, highly poisonous seeds with variable brownish mottling. Castor seeds have a warty appendage called the caruncle, which is a type of elaiosome. The caruncle promotes the dispersal of the seed by ants (myrmecochory). 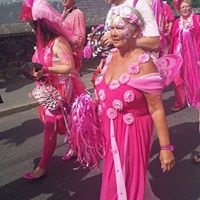 Heather Jones
I am sick and tired of losing points because people are not checking their posed questions well enough, I put in the answer Tricyritis because it is highly poisonous, apparently that is wrong

Vimala Padmaraj
I AM GNASHING MY TEETH. TRICYRITIS IS WHOLLY POISONOUS. I HAVE UNFAIRLY LOST MARKS. Gayle Agnew-Smith
There are a lot of people angered by so many questions worded improperly/incorrectly and several having more than one correct answer. I don&#39;t know how many points I&#39;ve lost due to.

Howard Gerritsen, Semiotician
Agree, Tricyrtis is poisonous and this Q&amp;A is to be deleted. I reported this to admin.

Neelanjan Roy
Toad Lily (Tricyrtis hirta) All parts of the plant are poisonous. Why did I have to lose a point???

Beowulf
All parts of the tricyrtis are poisonous...

Maridel Millanes
Only the seeds of castor oil plant is poisonous. On the other hand, the entire trycyritis plant is highly poisonous to humans.

Dario Gritti
Sorry, but YOUR answer &#39;Castor Oil Plant&#39; is wrong since TRICYRITIS is wholly poisonous as is THE correct answer. Denise Currie
Heather Jones, this annoys me too and more often than not it happens in the bonus quiz too so that you also lose out on additional hints as well as points Alf Johnson
The options for the correct answer are getting BEYOND a joke now. I have lost a huge amount of points because there are more than one correct answer in tne options. CAN SOMEONE NOT DO SOMETHING ABOUT THIS.