Which of these cities does NOT border a country with a coastline on the Mediterranean Sea?

Warsaw is in Poland which borders seven countries, none of which has a coastline on the Mediterranean.

wexlerbob
I got it right but it is poorly written. It might have asked which city is in a country that does NOT border a country on the Mediterranean sea. Beth King-Mock
NONE of these cities is on a country&#39;s border - ALL of the choices are correct.

H S Hotchkiss
How did this question get published?

William Laughlin
Yes, I agree. This question was improperly worded.

Alan Waites
As much as the question is poorly written, I opted for Warsaw as its the most Northern City, thus making it impossible to be anywhere near the Med

Brent Comstock
Weirdest question that you have ever had!!

Mike Hibner
Since when do cities border countries.

Karin Johansson
Sheri Goldsmith May, that is not what the question asked

Karin Johansson
Beth King-Mock, i say that to all that has liked your comment because none of them either has read the question!

Joanne Serin
John Moore, it is grammatically correct, but not literally. 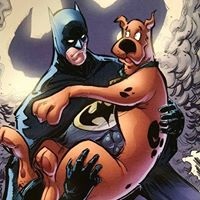 Claire Mitchell
Although I got it wrong, I realized Warsaw is the right answer. I knew better and answered too quickly. Ronja Koller Mertens
Sorry, not quite awake yet! How could I forget about France! 😞
Author:
Sumit Kumar Dwivedi
Writer