Which of these dog breeds is known for their ability to climb trees?

The Louisiana Catahoula Leopard Dog once known as The Catahoula Cur is a medium to medium-large versatile, top rated working dog breed . It originated in a region of the Catahoula Lake in central Louisiana and is the official dog of Louisiana. Catahoula Leopards are extremely agile and athletic, territorial, naturally protective of "their property". They are more primitive psychologically than most breeds and need consistent obedience reinforcement. They are enthusiastic working dogs with a high energy level.

Some call them "Catdogs" because of their intuitive behavior and sixth sense, and... their ability to climb trees.

The Catahoula Leopard dog's history begins in the year 1539 when a Spanish explorer named Hernando De Soto began his exploration for gold and treasure in what is now the southern United States. Cindy Sherwood
I have a blue merle Catahoula. He is very smart at some things, Loves to learn tricks, loves all people and other dogs and likes to give hugs

fdeisner
Unfortunately something was up with my voice to text and I did not read my comment until after I posted it. I have cleaned it up My friend had a female black Labrador Retriever that would actually climb 6 ft chain link fences. He took a rock and rubbed it in his hands. He&#39;s then through it over the fence. She, it&#39;s killing me that I can&#39;t remember the dog&#39;s name as this was back in the mid 1970s, ran up to the fence and climbed to the top and jumped off to the other side. The rock was in a grassy area and she sniffed around for about 10-15 seconds she picked up the rock in her mouth, ran back to the fence, climb back over and put a rock in my friend&#39;s hand with her tail wagging. It was the same rock and I was really impressed.

Agnes Forder
I once had an Akita that climbed trees like a bear, came down the same way too.

Peggy
I have a Catdog. All that information is true

maidofstardust
It’s not being “more primitive” for a dog to decide to follow its own judgement over the commands of men, but a sign of higher evolvement in the dog. You see this in all more self sufficient creatures, especially cats. Catdogs, indeed!

dmarkc
I enjoy solving the typos as much as the questions.

dmarkc
Trudy Gourlay, perhaps, but did you have any difficulty in guessing the correct answer? Karen Copus
My daughter and I had a Pittie that claimed trees. Extremely smart.

Char
fdeisner, my Luna a husky/shepherd mix was said to be able to jump a fence that tall. I thought they were exaggerating until my ex 6 ft 1 3/4 was in the Penn with her and she jumped hind legs up to rear to his mid forehead. They couldn&#39;t keep her in a yard. Actually I had dogs do that on the shorter chain link fence Mom and Dad plus pups watched how the cat got out of the yard and followed suit..they also knew how to push up the lock to get out. I was frazzled.

Char
Trudy Gourlay, more general knowledge than a book or movie on the shelves before or after around 1900.. some knew this dog first time I&#39;ve seen it or heard of it ..much better than a dust covered book or movie to learn about

Char
Cindy Sherwood, hugs are a mist in our home too lol 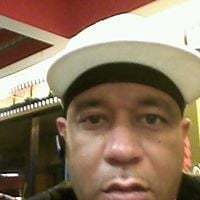 Duke
I knew that Louisiana History Course was gonna pay off one day. Thank you Pineville Jr. High and Mr. Lewis. I want that far away from Catahoula Lake.

Marianne
Thank you, Lilly. I had never heard of this breed. I got it right by choosing from the 50/50.

Cameron Brown
A bit ordinary stating &#39;can climb trees&#39;. (Something that has a trunk, supporting branches.) A few inches to 300 feet. I doubt this nominated dog can climb to the top of a big one.
Author:
Lilly Nicolson
Writer