Which of these four parts of a modern car takes its name from the days of horse-drawn travel?

You are right if you've chosen "Dashboard".

What is the first meaning of 'dashboard'?

Initially, the word 'dashboard' meant a barrier of wood or leather fixed at the front of a horse-drawn carriage or sleigh to protect the driver from mud or other debris called "dashed up" (thrown up) by the horses' hooves. However, there was no additional function other than providing a convenient handhold for ascending into the driver's seat, or a small clip with which to secure the reins when not in use.

In 19th century, when the first 'horseless carriages' were constructed with engines mounted beneath the driver such as the Daimler Stahlradwagen, the simple dashboard was retained to protect occupants from debris thrown up by the cars' front wheels. Later, as car design evolved to position the motor in front of the driver, the dashboard became a panel that protected vehicle occupants from the heat and oil of the engine. With gradually increasing mechanical complexity, this panel formed a convenient location for the placement of gauges and minor controls, and from this evolved the modern instrument panel, although retaining its archaic common name. David Grimsrud
I liked the question Joy Holbrook
Ian MacBrown, the horse was in front of the buggy. He/she would have been the bumper.

Darlene Davidson
Dashing through the snow in a one horse open sleigh. mudbutcor
Horse drawn, suggest a wagon. The front of the wagon was always called a bumper or backer. When you backed the horse or horse&#39;s into the right. They stopped when there rear end hit the bumper or backer Carol Turner
Interesting! I had no idea!

donrothc
My seeetheart&#39;s a mule in the mine, I drive her in only one line. On the dashboard I sit, Tobacco I spit, All over my sweetheart devine. 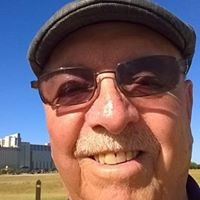 Ronald Martin
That was a good Question.

Ian MacBrown
They must have had bumpers too...???

Bruce Cassamajor
Good info. Before I even read the multiple choice answers, I had already thought &quot;Horse Power&quot; would be one and would be my pick.

Bruce Cassamajor
You said &quot; easy&quot;! That is to say there is something, which is not easy. Ti is how some people cannot realize that every every thing in nature, life, or the world are mystery for outsider and easy for those who snitch the secret.

Lorna Shipton
I knew that horse drawn carriages didn&#39;t have a clutch, a windshield or a bumper, so that only left one option. Good question though. 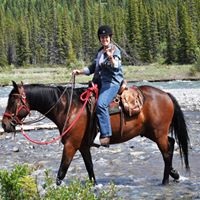 Barbara Toms
was a good guess myserinety
Dashboards were also a good place to put your feet. I remembed from the show little house on the prairie.
Author:
Frank Cowell
Writer