Which of these is an enormous legendary bird of prey in the popular mythology of the Middle East?

The roc is an enormous legendary bird of prey in the popular mythology of the Middle East.

The roc appears in Arabic geographies and natural history, popularized in Arabian fairy tales and sailors' folklore. Ibn Battuta tells of a mountain hovering in the air over the China Seas, which was the roc. The story collection One Thousand and One Nights includes tales of Abd al-Rahman and Sinbad the Sailor, both of which include the roc.

According to art historian Rudolph Wittkower, the idea of the roc had its origins in the story of the fight between the Indian solar bird Garuda and the chthonic serpent Nāga. The mytheme of Garuda carrying off an elephant that was battling a crocodile appears in two Sanskrit epics, the Mahabharata (I.1353) and the Ramayana (III.39).

Charlotte Wright
Huma&#39;s are a bird of myth in Iran. I am tired of questions that have more than one answer. 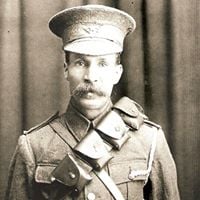