Which of these is known as "black gold"?

Petroleum, also known as crude oil and oil, is a naturally occurring, yellowish-black liquid found in geological formations beneath the Earth's surface. Petroleum is a fossil fuel derived from ancient fossilized organic materials, such as zooplankton and algae.[

Petroleum has mostly been recovered by oil drilling. Drilling is carried out after studies of structural geology, sedimentary basin analysis, and reservoir characterisation. Once extracted, oil is refined and separated, most easily by distillation, into numerous products for direct use or use in manufacturing, such as gasoline (petrol), diesel and kerosene to asphalt and chemical reagents used to make plastics, pesticides and pharmaceuticals.

The extreme monetary value of oil and its products has led to it being known as "black gold".

More than 4000 years ago, according to Herodotus and Diodorus Siculus, asphalt was used in the construction of the walls and towers of Babylon. The Chinese were the first to record the use of petroleum as fuel as early as the fourth century BCE.

Petroleum exploitation has significant negative environmental and social consequences. Oil has also been a source of conflict leading to both state-led-wars and other kinds of conflicts.

Production of petroleum is expected to reach peak oil before 2040 as global economies reduce dependencies on petroleum as part of climate change mitigation and a transition towards renewable energy and electrification.

Johnny Rock
Theme of the Beverly Hillbillies who struck it rich in oil &quot;Then one day he was shooting at some food, and up from the ground come a bubblin crude, oil that is, Black Gold, Texas Tea&quot; 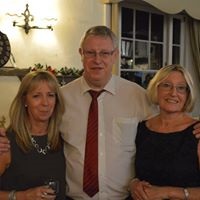 Paul Greenslade
Oil. Petroleum is one of many distillates extracted from crude OIL! robert
David Dolder is correct, coal is also known as black gold. This is a poor selection of responses to the question.

Fred Keogh
What a load of cobblers this question is!

Gary Chadwick
Petroleum or Petrol is what most people call what Americans call Gas.

Denise Currie
David Dolder, Thank you, that answers my above question. I didn&#39;t know if Petroleum was an Americal term for oil, as oil wasn&#39;t listed I used a double chance and tried Petroleum first

Denise Currie
Are oil and petroleum the same thing? Is one a US word? Because I only knew black gold as oil, but that isn&#39;t listed so I used double chance and tried Petroleum and it was correct. I know it is a Lilly question and the answers could have been green tea from her but this has confused me in the different use of the words. Kenneth Stuart King
David Dolder, I completely agree. This is a very poorly worded question and the answer is, quite simply, wrong.

Howard Gerritsen (Semiotician)
She is so wrong, as usual.
Author:
Lilly Nicolson
Writer