Which of these is not a country?

Maputo, officially named Lourenço Marques until 1976, is the capital and most populous city of Mozambique. The city is named after chief Maputsu I of the Tembe clan, a subgroup of Tsonga people. Located near the southern end of the country, it is positioned within 120 km (75 miles) of the Eswatini and South Africa borders.

Maputo is situated on a large natural bay on the Indian Ocean, near where the rivers Tembe, Mbuluzi, Matola and Infulene converge. The city consists of seven administrative divisions, which are each subdivided into quarters or bairros. The city is surrounded by Maputo Province, but is administered as a self-contained, separate province since 1998. Maputo City is the geographically smallest and most densely populated province in Mozambique. Maputo is a cosmopolitan city, with Bantu, Tsonga languages being more common, Portuguese, and, to a lesser extent, Arabic, Indian, and Chinese languages and cultures present.

Maputo has a number of landmarks, including Independence Square, City Hall, Maputo Fortress, the central market, Tunduru Gardens, and Maputo Railway Station. Maputo is known as an aesthetically attractive, if dilapidated, city. 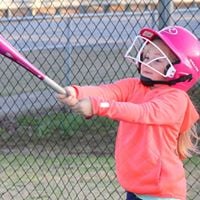 dmlmdm
Jim Cleary, because there is something wrong with your computer? Jim Cleary
Why is it that most times I must click on an item a number of times before registering, yet if I accidentally brush a key it quickly reacts?

larrywagner
Thanks for another easy 5 points brian. Come on Tesla catch up and ride the gravy train.

Johnny Rock
I recognized it.