Which of these is the main character in the stage musical "Hairspray"?

"Hairspray" is an American musical with music by Marc Shaiman, lyrics by Scott Wittman and Shaiman and a book by Mark O'Donnell and Thomas Meehan, based on John Waters’s 1988 film of the same name. The songs include 1960s-style dance music and "downtown" rhythm and blues. In 1962 Baltimore, Maryland, plump teenager Tracy Turnblad's dream is to dance on "The Corny Collins Show", a local TV dance program based on the real-life "Buddy Deane Show". When Tracy wins a role on the show, she becomes a celebrity overnight, and meets a colorful group of characters, leading to social change as Tracy campaigns for the show's integration.

In 2003 it won eight Tony Awards, including one for Best Musical, out of 13 nominations. It ran for 2,642 performances, and closed on January 4, 2009. "Hairspray" has also had national tours, a West End production, and numerous foreign productions and was adapted as a 2007 musical film. The London production was nominated for a record-setting eleven Laurence Olivier Awards, winning four, including Best New Musical. 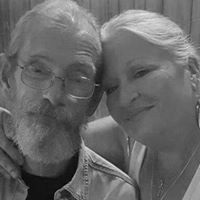 Martha Kraeski
The John Waters film is by far better!!