Which of these magical words is the title of a 1982 US number-one single for the Steve Miller Band?

"Abracadabra" is a song by American rock group Steve Miller Band, written by Steve Miller. The song was released as the first single from the 1982 album of the same name the same year. The Steve Miller Band is an American rock band formed in 1966 in San Francisco, California. The band is led by Steve Miller on guitar and lead vocals. The group had a string of mid- to late-1970s hit singles that are staples of classic rock radio, as well as several earlier psychedelic rock albums.

The song became a worldwide hit, charting in ten countries and topping the charts in six. In the U.S., the song was No. 1 on the Billboard Hot 100 for two non-consecutive weeks. The song is said to have been inspired by the American singer Diana Ross, whom Miller had met when they each performed on the same episode of the pop music television show "Hullabaloo" in the 1960s. The lyrics "Round and round and round it goes, where it stops nobody knows" are a reference to the spinning wheel segment from "The Original Amateur Hour". RCKCreatEnt
This should be a slam dunk if you grew up in the 80s &amp; 90s

Jaimi McEntire
&quot;I want to reach out and grab ya&quot;.

tkudera
Cool performer, one of my favorites!

Richard Perkins
What do you call a dead magician? Abracadaver .

fdeisner
A friend of mine had an extra ticket to a Steve Miller concert in Zach&#39;s Bay which is an open-air Amphitheater at Jones Beach. I said what the hey I might as well go. I had never realized how many Steve Miller songs I actually likeed until I saw him live. It was an excellent concert. 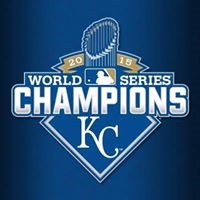 Chris
That song is awesome.

William Laughlin
Jim Mascair, It was Hocus Pocus by Focus!

Wyla Reedy
After repeating the answers to myself, the words came to me. I want to reach out and grab ya.
Author:
Stevie G
Writer