Which of these politicians had the nickname "Ike"?

Dwight David "Ike" Eisenhower (October 14, 1890 – March 28, 1969) was an American army general and statesman who served as the 34th president of the United States from 1953 to 1961. During World War II, he was a five-star general in the Army and served as Supreme Commander of the Allied Expeditionary Force in Europe. He was responsible for planning and supervising the invasion of North Africa in Operation Torch in 1942–43 and the successful Invasion of Normandy in 1944–45 from the Western Front.

Dwight David Eisenhower was born on October 14, 1890, in Denison, Texas, the third of seven sons. His mother originally named him David Dwight but reversed the two names after his birth to avoid the confusion of having two Davids in the family. All of the boys were called "Ike", such as "Big Ike" (Edgar) and "Little Ike" (Dwight). The nickname was intended as an abbreviation of their last name. By World War II, only Dwight was still called "Ike".

dsneed
&quot;I like Ike&quot; - was the campaign slogan. My mother was a staunch supporter. I was literally a babe in arms at the time. His fame lived a long time.

billyboy915
Carroll Price, Does the word &quot;Antisemitic&quot; mean anything to you?

Mr.LaFaye
He was a great General in WWII. He was the first to send troops to Vietnam in 1955 to train the Army of the Republic of Vietnam. This marks the official beginning of American involvement in the war as recognized by the Vietnam Veterans Memorial. Dave Weaver
littledick, my father who was later union president of the APWU local chapter, would not vote for him either.

littledick
earlepg, I could not vote for him either, since I wasn&#39;t 21 until the year after his second election campaign. Probably wouldn&#39;t have anyway, since dad was a strong union man complaining about Taft-Hartley. Doesn&#39;t that grab you. We could not vote. I worked on the books for 5 years, getting FICA and income tax deductions. We had just learned in high school that one of the reasons for the American Revolution was taxation without representation!

Don Racette
Nenita Coulter IKE got it too. 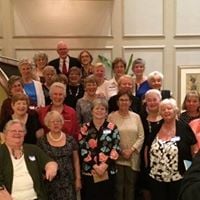 docluci
The General or should I sat POTUS, was called Ike!!!!! 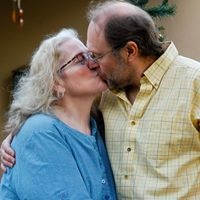 Leanne Donnelly
You have to be kidding me!