Which of these songs became an official state anthem of West Virginia in 2014?

‘Take Me Home, Country Roads’ (or simply known as ‘Country Roads’) is a song by John Denver. ‘Country Roads’ was released as a single performed by Denver on 12th April 1971, peaking at number two on Billboard's US Hot 100 singles for the week ending 28th August 1971. The song was a success on its initial release and was certified Gold by the RIAA (Recording Industry Association of America) on 18th August 1971, and Platinum on 10th April 2017. The song became one of John Denver's most popular and beloved songs. It has continued to sell, with over 1.6 million digital copies sold in the United States.

Wyla Reedy
We may not be the best state, but more people are retiring here and three counties in Maryland are petitioning to be added to WV.

Kimberly Kennedy
As a small child, I always heard the song to say &quot;country rose.&quot; I think I was at least 30, before I realized I had been singing it wrong for years. It was kind of silly of me, considering the rest of the lyrics.

Helga U. Williams
In in my opinion, John Denver&#39;s best song. Always think about it when traveling through West Virginia! Mountain Mama! &#128077;

lls
Can&#39;t think of a finer tune, than this John Denver hit!

Patrick T
John Denver is one of my all time favorite artists, and it started with this song when I was a kid. I finally got to see him in concert in August of 1997, two months before he passed.

Stephen W. Gerrard
I grew up in WV, so this was an easy one! An interesting story . . . The first time I went to Liechtenstein, I took a stroll from my hotel to downtown Vaduz. As I neared, I could hear a band playing Country Roads. Nostalgic!

Joris van Pelt
“Take Me Home Country Roads” was written as a collaboration by John Denver, Taffy Nivert, and Bill Danoff. The tune is recognized worldwide.

Lynne Cage
I remember listening to this nice Denver song 🎵

tyafter
Was a big fan of &quot;Back Home Again&quot; and &quot;Some Days Are Diamonds&quot;...I could take or leave the rest of his stuff.

RCKCreatEnt
Helga U. Williams, a lot of folks probably agree with you, and it may be his signature song

RCKCreatEnt
His real last name was Deutschendorf or Deutschendorff, he was a Fort Worthian but became synonymous with Colorado

M.C.F
I thought John Denver was such a talent I really enjoyed his music, another loss

DPickard
Didn&#39;t he crash his plane?

Dave Weaver
Considering that I am from and still live in WV, I had better get this one. 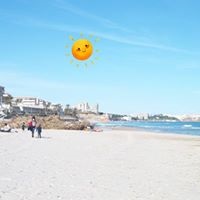 Howard Groopman
What took so long? Song came out in 1971.

Irene Townsend
The only song I&#39;ve heard of with John Denver so pick it. Took a long time after he died to make it the official song, considering Denver passed away in &#39;97

Nancy Chisholm
One of my favorite Studio Ghibli films &quot;Whisper of the Heart&quot; features &quot;Take Me Home Country Roads&quot; as an integral part of the story.
Author:
C Jagoda
Writer