Which of these U.S. Presidents was NOT impeached?

Impeachment is a process in which an official is accused of unlawful activity, the outcome of which, depending on the country, may include the removal of that official from office as well as criminal or civil punishment. (This means charged, NOT convicted, NOT removed)

Richard Nixon was heading for impeachment by the House, but resigned before they could act.

Andrew Johnson, Democrat/National Union, was impeached in 1868 after violating the then-newly created Tenure of Office Act. President Johnson was acquitted by the Senate, falling one vote short of the necessary ⅔ needed to remove him from office, voting 35-19 to remove him. The Tenure of Office Act would later be found unconstitutional by the Supreme Court of the United States in dicta.

Bill Clinton, Democrat, was impeached on December 19, 1998, by the House of Representatives on articles charging perjury (specifically, lying to a federal grand jury) by a 228–206 vote, and obstruction of justice by a 221–212 vote. The House rejected other articles: One was a count of perjury in a civil deposition in Paula Jones' sexual harassment lawsuit against Clinton (by a 205–229 vote). The second article was one that accused Clinton of abuse of power by a 148–285 vote. President Clinton was acquitted by the Senate; the vote to remove him from office fell short of the necessary ⅔, voting 45-55 to remove him on obstruction of justice and 50-50 on perjury.

George Oliver Prince
Actually, it was a good question. Many people tend to think he was impeached, but he beat them to the punch by resigning

William Laughlin
David 237, The question was not a &quot;dumb question&quot;. Presidents Andrew Johnson and Bill Clinton were impeached by the U.S. House of Representatives, but acquitted by the Senate. Richard Nixon resigned before he could be impeached. Impeachment does not necessarily mean removal from office. It is a trial. Read the first paragraph of this answer again. It is correct.

William Laughlin
Brian Clark, Presidents Andrew Johnson and Bill Clinton were impeached by the U.S. House of Representatives, but acquitted by the Senate. Richard Nixon resigned before he could be impeached.

billyboy915
wok, What rules? We get questions with only 2 options, sometimes True/False, Yes/No, or simply only two possible answers. Why do you think there are rules?

billyboy915
Karin Johansson, Yes, Clinton WAS impeached. On February 12, the Senate voted on whether to remove Clinton from office. The president was acquitted on both articles of impeachment. The prosecution needed a two-thirds majority to convict but failed to achieve even a bare majority. Rejecting the first charge of perjury, 45 Democrats and 10 Republicans voted “not guilty,” and on the charge of obstruction of justice the Senate was split 50-50. After the trial concluded, President Clinton said he was “profoundly sorry” for the burden his behavior imposed on Congress and the American people. Impeachment is the trial. It does not necessarily guarantee a convicton or removal from office, but Clinton WAS impeached.

TSH
wok, I have no idea what you&#39;re talking about. Pat McCormick
Brian Clark, They were both impeached they were acquitted by the Senate. Anne Ziegler
Brian Clark, said that none was impeached. You can be impeached, but not be removed from office and that is what happened with President Clinton. President Johnson was impeached by the house ,of representatives, he was acquitted in the senate by 1 vote. Richard Nixon resigned before he could be impeached. Kathleen Stewart
Brian Clark, none were convicted. Two were impeached.

silrem
Easy but good Question. Hopefully, but unlikely, next year we will get our first conviction.

Irma Rivera
I agreed with williamrlaughlin and Dave Charon and I got it!!! And Slevana &amp; Diane Check the information for yourselfs! Leo Clymer
The definition of impeachment was met with Nixon when it was talked about.

anthonygriffin
Although, President Richard Milhouse Nixon, wasn&#39;t impeached by Congress. He stepped down from the Presidency by default of resignation. Before, the process could begin to remove him from office. Svetlana Ivanova
Wrong question. No one of American presidents has ever been impeached. 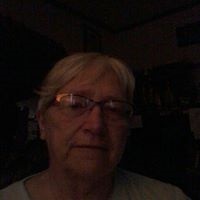 Diane James
None were really impeached. Keith Klahn
None of these were impeached. Bad question Warren Bell
Nixon resigned and President Ford pardoned him of any crimes. Impeachment is one thing conviction is another.

sarahhvf
Was the blacked -out choice for you-know- who? Any bets?

Naked Kitty Slave
Nixon knew his goose was cooked. Resigned before they could really burn his goose. Best thing he did. Saved lots of time and taxpayer dollars. Victoria Mullikin-Moriarty
None of them was officially impeached...poor question
Author:
Johnny Travis
Writer