Which pagan holiday is celebrated on October 18? In Britain, the Horned God Day is an ancient pagan holiday. The Horned God is a sylvan deity who presides over fertility, plants and animals. The God had various names, so its depictions varied greatly as well, but one thing was always the same: the deity was described/depicted with deer horns. According to the legend, the deity is a messenger of Mother Nature. Ike Hinlo Caceres
Doesn&#39;t the picture give away the answer? 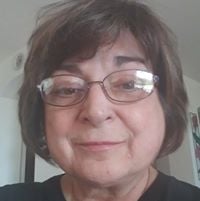 Nicky Fera
well I did get this wrong and I went online and looked at a pagan calendar and there was no holiday on Oct 18. This calendar is for US pagans? I do not know, but obviously this question refers to British pagans. LOL

Evelyn Forbes
I&#39;m from there, and never heard of it!

apollonius
Satan 666 has nothing to do with paganism, Satan or 666 had never been mentioned in pagan lore

latvia
Larry Lane Pogodi just a minute, bithdays are like beer, by the time you have to many, who gives a shyt Carolyn Cater
It should be a lower case g. How offensive. If I kick and scream long enough, will society bend for me like on college campuses? Adrienne Nelson
The photo was helpful !

Larry Green
Ain&#39;t nothing but a &quot; Horned Dog&quot; day.