The written history of Los Angeles city and county began with a Spanish colony town that was populated by 11 descendants of Spanish families known as "Los Pobladores". They established a settlement in Southern California that changed little in the three decades after 1848, when California became part of the United States. Much greater changes came from the completion of the Santa Fe railroad line from Chicago to Los Angeles in 1885. “Overlanders” flooded in, namely white Protestants from the Lower Midwest and South.

Los Angeles had a strong economic base in farming, oil, tourism, real estate and movies. It grew rapidly with many suburban areas inside and outside the city limits. Hollywood made the city world-famous, and World War II brought new industry, especially high-tech aircraft construction. Politically the city was moderately conservative, with a weak labor union sector.

Since the 1960s, growth has slowed—and traffic delays have become famous. Los Angeles was a pioneer in freeway development as the public transit system deteriorated. New arrivals, especially from Mexico and Asia, have transformed the demographic base since the 1960s. Old industries have declined, including farming, oil, military and aircraft, but tourism, entertainment and high tech remain strong.

Alexandria Hammer
The Indigenous Natives were already there. The Spanish proceeded to attempt genocide and spread their filthy diseases they brought with them.

Peter Robertson
Alexandria Hammer, Here&#39;s a quote from one of your own.&quot;No nation owns a foot of land that was not stolen&quot; Mark Twain.

Jim Adams
I think the Spanish name was a dead giveaway. 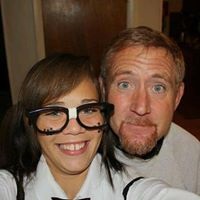 James Pemble
Alexandria Hammer, Just where do you live? Probably somewhere that was &quot;taken over&quot; at one time or other, I hate self righteous people.

Char
I knew that the city of lost angels

Shirley Dutt
Just look at the name and figure that one out.

Corey Taylor
Now that it&#39;s so lawless, would they like it back!?

Mr.LaFaye
Glad there are no Illegal Immerrgrants there

ninakamwene
I love this City of Angeles with many hours of sunshine. Bueno and gracias.
Author:
brian l
Writer