Which plant is in the picture?

Helianthus annuus, the common sunflower, is a large annual forb of the genus Helianthus grown as a crop for its edible oil and edible fruits. This sunflower species is also used as wild bird food, as livestock forage (as a meal or a silage plant), in some industrial applications, and as an ornamental in domestic gardens. The plant was first domesticated in the Americas. Wild Helianthus annuus is a widely branched annual plant with many flower heads. The domestic sunflower, however, often possesses only a single large inflorescence (flower head) atop an unbranched stem. The name sunflower may derive from the flower's head's shape, which resembles the sun.

Sunflower seeds were brought to Europe from the Americas in the 16th century, where, along with sunflower oil, they became a widespread cooking ingredient.

Chrissie
It&#39;s called sunflower because the &quot;face&quot; of the flower follows the sun from east to west over the course of each day.

Wyla Reedy
There&#39;s a dairy farmer not far away that has grown corn every year that I can remember. This year, he grew several acres of Sunflowers. It was like a tourist attraction!

Prime lantern
Not as hard still a mind twister

Cutienaziepopsies
When I always see sunflowers 🌻 there might be wasp

Cutienaziepopsies
I was worried but I just typed the first one 😅

Cheryl Love
Brian again, with the difficult questions. 🤣 Do you think he is just going for a record on how many questions he can post, no matter how simple the answers?

Eve
Had some in my garden one year...the squirrels loved them, lol Jd White
I am from Kansas, so I better know that! skclary
There is nothing like seeing a field of sunflowers. Probably one of my favorite flowers.

Karen W
It appears that nobody missed this one. So far. 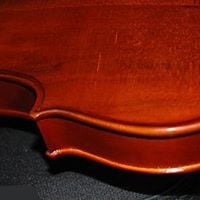