Which scientist showed in 1857 that lactic acid fermentation is caused by living organisms?

Fermentation is a metabolic process that produces chemical changes in organic substrates through the action of enzymes. In biochemistry, it is narrowly defined as the extraction of energy from carbohydrates in the absence of oxygen. In the context of food production, it may more broadly refer to any process in which the activity of microorganisms brings about a desirable change to a foodstuff or beverage. The science of fermentation is known as zymology.

Louis Pasteur (1822–1895) showed that fermentation is initiated by living organisms in a series of investigations. In 1857, Pasteur showed that lactic acid fermentation is caused by living organisms. In 1860, he demonstrated that bacteria cause souring in milk, a process formerly thought to be merely a chemical change, and his work in identifying the role of microorganisms in food spoilage led to the process of pasteurization. In 1877, working to improve the French brewing industry, Pasteur published his famous paper on fermentation, "Etudes sur la Bière", which was translated into English in 1879 as "Studies on fermentation". He defined fermentation (incorrectly) as "Life without air", but correctly showed that specific types of microorganisms cause specific types of fermentations and specific end-products. 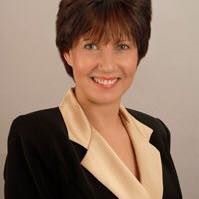 tnt
I remembered the answer because of George Costanza of Seinfeld. 😂

Mr.LaFaye
larrywagner, See I told you he caught up with you

Emilia Kosterina
easy-peasy and a good one!

Joseph A. Robitaille
He was and is a well-known scientist.