Which singer is in the picture?

Elizabeth Woolridge Grant (born June 21, 1985), known professionally as Lana Del Rey, is an American singer and songwriter. Her music has been noted by critics for its stylized cinematic quality; its themes of tragic romance, glamour, and melancholia; and its references to pop culture, particularly 1950s and 1960s Americana.

Upon her debut release, Del Rey's music was described as ""Hollywood sadcore" by some music critics, It has been repeatedly noted for its cinematic sound and its references to various aspects of pop culture; both critics and Del Rey herself have noted a persistent theme of 1950s and 1960s Americana. The strong elements of American nostalgia brought Idolator to classify her firmly as alternative pop. Del Rey elaborated on her connection to the past in an interview with Artistdirect, saying "I wasn't even born in the '50s but I feel like I was there."

docluci
I made a error in naming this singer Tony Zoars
A process of elimination.

Irma Rivera
Never heard of her but I knew the other three singers, the only thing i know of Lana Del Rey is that she sang a song with Ed Sheeran “ Shape of you”...

Janice Oliver Bobbitt
Never heard of her &amp; after checking out, it doesn&#39;t look like her either. Bobby Hall
Process of elimination...also never her of her...

Char
Never heard of her either..

Corey Taylor
Lupe Hernandez, No, she might mean illumination. Aside from the right name, all the others are BLONDE!

Criona Walsh
Knew it wasn&#39;t any of the other names

Denise Clemons
Never heard of her. Process of illumination. 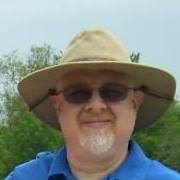 Dave McLouth
Never heard of her before.

John W Shreve
Very interesting interview with her on NPR.