Which song was not on the Michael Jackson 'Thriller' album?

The song by Michael Jackson which is not on his 'Thriller' album is 'Black or White'. This is a single song that was created by the singer, songwriter Michael Jackson in the key of E major. The song was released by Epic Records in November 1991, as the first single from Jackson's eighth studio album, 'Dangerous'. The song 'Black or White' was co-written, composed, and produced by Jackson and Bill Bottrell.

This song is one that is considered to have elements of dance, hip hop, and hard rock music, which highlight Bill Bottrell's skills with guitars and Jackson's vocal style. 'Black or White' entered the Billboard Hot 100 at number 35. A week later it shot up to number three and in its third week, December 7, 1991, it ascended to number one, making it the fastest chart topper since The Beatles' song 'Get Back', which also won the Hot 100 in just three weeks in 1969.

Jackson's song 'Black or White' closed the year (1991) at number one, and remained at the top of the singles chart into 1992 for a total of seven weeks, making Michael Jackson the first artist to have number one popular hits in the 1970s, 1980s, and 1990s. 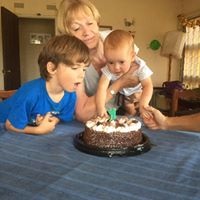 jan swanson
I preferred it when he was part of the Jackson Five.

Darlene Davidson
Majority was not helpful but I got it.
Author:
E11-Hitman
Writer