Which songwriter wrote these lyrics - "Let the devil take tomorrow, Lord tonight I need a friend."?

The song is "Help Me Make it Through the Night". The lyrics include:

"I don't care who's right or wrong, I don't try to understand,

Kris Kristofferson (born June 22, 1936) wrote this song in 1970. It was covered that same year by country singer Sammi Smith and her version became a US Billboard Hot #1 Country Singles in 1971. Smith won the Grammy Award for Best Country Music Female performance. Other artist covering this song include included Tammy Wynette, Loretta Lynn, Glen Campbell, Joan Baez, Elvis Presley, and Willie Nelson. For the 1970's these lyrics were considered bold and assertive.

Kristofferson inspiration for the song was an Esquire magazine interview with Frank Sinatra. When asked what he believed in, Frank replied, "Booze, broads, or a bible...whatever helps me make it through the night."

"Me and Bobby McGee", "For the Good Times", and "Sunday Mornin' Comin' Down"

In 2004, Kristofferson was inducted into the Country Music Hall of Fame. 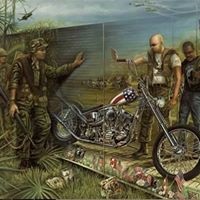 Robert Farrell
Johnny Rock, he also piloted helicopters in the VIETNAM WAR! I WAS THERE

Kevin Dale Streets
Johnny Rock, he was a singer/songwriter first.

Johnny Rock
Kristofferson is an actor and has been in a bunch of movies. &quot;Blade&quot;
Author:
John Rucker Jr
Writer