The 'Cod Wars' were a series of confrontations between the United Kingdom and Iceland on fishing rights in the North Atlantic. Each of the disputes ended with an Icelandic victory. The 'Third Cod War' concluded in 1976, with a highly favourable agreement for Iceland; the United Kingdom conceded to a 200-nautical-mile (370-kilometre) Icelandic exclusive fishery zone after threats that Iceland would withdraw from the North Atlantic Treaty Organization (NATO).

The term "cod war" was coined by a British journalist in early September 1958. None of the 'Cod Wars' met any of the common thresholds for a conventional war, and they may more accurately be described as militarised interstate disputes. There is only one confirmed death during the 'Cod Wars': an Icelandic engineer, who was accidentally killed in the 'Second Cod War' while he was repairing damage on the Icelandic gunboat 'Ægir' after a collision with the British frigate 'Apollo'. They collided again, on 29 August 1973.

David Roy
The name was coined as a pun on the Cold War. 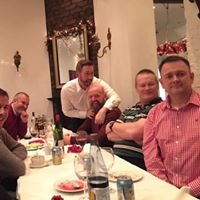