Which two namesake comic strips debuted during 1951 in the USA and in the UK?

Dennis the Menace was a British comic strip appeared on the 17th of March, 1951 in children's comic The Beano. Later the story of the badly behaved boy named Dennis became the longest-running strip of The Beano. The readers watch Dennis bullying the company of school 'softies' and causing troubles for them. As in any kind-hearted story for children, the main toughies (Dennis and his friends) usually find themselves in unfavorable circumstances.

Coincidentally, on the 12th of March, 1951, another comic strip named Dennis the Menace debuted in the US, originally created, written, and illustrated by Hank Ketcham, and distributed by Post-Hall Syndicate. Nowadays it is distributed to at least 1,000 newspapers in 48 countries and in 19 languages by King Features Syndicate. This one also tells a story of Dennis, but the American one never intends to cause troubles - they just follow this happy-go-lucky boy elsewhere!

The two strips should not be confused – as a result of this. The US series has initially been retitled Dennis for UK audiences, while the British character's appearances are often titled Dennis and Gnasher outside the UK. The odd case of Dennis the Menace became one of the best known curious coincidences in the history of comics.

The other suggested answers also first appeared in the same year, but in the US and not the UK.

joan musicmasters
&quot;Which two&quot; implies two answers. I stared at this question for a very long time before I decided to answer it, because I just couldn&#39;t figure out what the person who posed it wanted. Finally decided on &quot;Dennis...&quot;; but I&#39;m still confused as to what fcowell was thinking...

Boyd Tracy
Perhaps it might have been better stated: &quot;Two different comic strips coincidentally bearing the same name debuted in 1951 in the U S and UK . What was that name?&quot;

Eric Leif Peters
The British &quot;Dennis&quot; was much more thuggish. As was, &quot;Beryl the Peril&quot;.

Joanne Serin
Poorly-worded question. It asks for 2 namesake comic strips, but each choice has only 1 title. And why would it be necessary to say &quot;namesake&quot;? If the strip is called Dennis the menace, that&#39;s who it&#39;s about.

hweishaupt
Which two? And we only need one answer??! Huh? 🤔😳

mapiferuk
How is it possible that a question so badly worded gets the go ahead? Baffling Donna Ford
Very poorly worded. Mystery in Space appeared in 1951 also; therefore, I thought you meant to pick 2 of the options.

dlh
Got it right.

Geri Henkel
Your question did not make sense.

Joanne Serin
Susan Morrison, my question is how can you think it was clear when each choice was the name of 1 comic strip, where the question asked for 2?

marinaking
Strange words but I got it right. 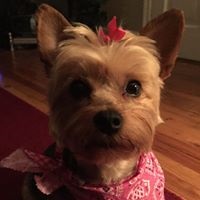