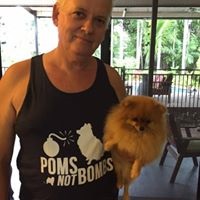 Michelle Dayton
One of my favorites from my trip to Thailand.

Denise Currie
Never seen one of these but knew it wasn&#39;t any of the other three. I would like to try one,
Author:
ALPHA
Writer