Which US president made the ambitious pledge to "pay any price, bear any burden, meet any hardship, support any friend, oppose any foe, in order to assure the survival and success of liberty."

John Fitzgerald "Jack" Kennedy (born May 29, 1917 – died November 22, 1963), commonly referred to by his initials JFK, was an American politician who served as the 35th President of the United States from January 1961 until his assassination in November 1963. In his inaugural address in 1961, President Kennedy made the ambitious pledge to "pay any price, bear any burden, meet any hardship, support any friend, oppose any foe, in order to assure the survival and success of liberty." William Hatter
His foreign policy would link more closely to today&#39;s Republican party, but his social programs were Democratic.

chesserchuck
Back when Democrats worked for the good of the country.

silrem
Did not use a hint and went down in infamy.

Todd Van Dell
Once again Majority Vote was wrong and it still cost me 3 coins. Thanks for nothing Majority Vote

jack patti go
Oh, I hate, I missed tjis one! I didn&#39;t remember ever hearing this!

docluci
I followed the majority instead of my heart which attributed the quote to JFK. I lost

jojodamico
William Hatter, Democrats we different back then. Now they are just leftists 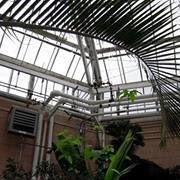 Richard G Schwartz
All presidents have their flaws. Willard Freeman
William Hatter, the Republicans have no foreign policy anymore but I gt your point.

Joseph A. Robitaille
What a pledge, we know that about most presidents about their philandering.
Author:
FAJK
Writer