Which US President's portrait on the $20 bill was replaced with that of Andrew Jackson in 1928?

The United States twenty-dollar bill ($20) is a denomination of U.S. currency. The seventh US President (1829–37), Andrew Jackson has been featured on the front side of the bill since 1928, while the White House is featured on the reverse side. Although it coincides with the 100th anniversary of Jackson's election as president, it is not clear the reason the bill was switched from Grover Cleveland (22nd and 24th US President) to Andrew Jackson. Grover Cleveland's portrait was featured on the front of the $20 bill beginning in 1914. According to the U.S. Treasury, "Treasury Department records do not reveal the reason that portraits of these particular statesmen were chosen in preference to those of other persons of equal importance and prominence." 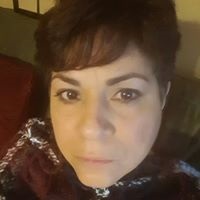 Leida Toro
I would like to have known the reason why it was replaced.

Abbey Downton Katiejane
I thought I heard about this when the change for the up and coming $ 20.00 bill was announced.
Author:
FAJK
Writer