Who among the following did not lose their life in a motorcar related accident?

Yuri Alekseyevich Gagarin (1934 – 1968) was a Soviet Air Forces pilot and cosmonaut who became the first human to journey into outer space, achieving a major milestone in the Space Race. His capsule Vostok 1 completed one orbit of Earth on 12 April 1961.

On 27 March 1968, while on a routine training flight from Chkalovsky Air Base, Gagarin and flight instructor Vladimir Seryogin died when their MiG-15UTI crashed near the town of Kirzhach. It is a town and administrative center of Kirzhachsky District in Vladimir Oblast, Russia. The bodies of Gagarin and Seryogin were cremated and their ashes interred in the walls of the Kremlin.

George Smith Patton Jr. (1885 – 1945) was a General of the U.S. Army who commanded the U.S. 7th Army in the Mediterranean theatre of WW II, the U.S. 3rd Army in France and Germany following D-Day and, the Allied invasion of Normandy in June 1944. He tragically died on December 8, 1945 in Heidelberg from injuries sustained when his car collided with an American army truck.

Albert Camus (1913 – 1960) the French philosopher and author died in a car accident on 4 Jan 1960 just 2 years after winning the Nobel prize for literature.

Margaret Munnerlyn Mitchell (1900 – 1949) was an American novelist and journalist. She was hit by a speeding automobile in Atlanta on August 11, 1949 and died from her injuries.

Jacqueline Tattam
Subir Kumar Pal, you do know this is a trivia site, right? Joy Holbrook
bjstews, and pulmonary oedema brought on by having to lie flat because of fractured cervical vertebrae. The reason for his having to remain flat was the injuries received in a motor vehicle accident. 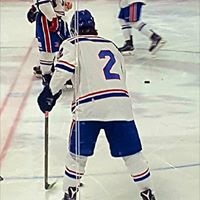 Pam Tyler
Oh dear! How sad! I saw Yuri Gargarin in London after his amazing trip in space. Had no idea he died that way. Very interesting! Thank you.

filmnut
I would think American Astronauts would have been more prone to auto accidents than Russians . . . for any number of reasons.

E= MC Hammer
This is a frequent type of quiz question for UK quizzers.

e messier
I stand corrected, the MiG-15UTI was a plane...