Having attended art college, Mercury also designed Queen's logo, called the Queen crest, shortly before the release of the band's first album. The logo combines the zodiac signs of all four members: two lions for Leo (Deacon and Taylor), a crab for Cancer (May), and two fairies for Virgo (Mercury). The lions embrace a stylised letter Q, the crab rests atop the letter with flames rising directly above it, and the fairies are each sheltering below a lion. There is also a crown inside the Q and the whole logo is over-shadowed by an enormous phoenix. The whole symbol bears a passing resemblance to the Royal coat of arms of the United Kingdom, particularly with the lion supporters. The original logo, as found on the reverse-side of the first album cover, was a simple line drawing but more intricate colour versions were used on later sleeves. 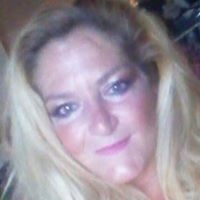 Coral Harvey
I guessed wrong as I second guessed myself. I might have known it was the artistic virgo. Freddie Mercury. I share his sign together with Madonna ,Amy Winehouse, Michael Jackson Sophia Loren and Queen Elizabeth the 1st and Adrian Moles mother in Diaries of Adrian Mole aged 13 and three quarters.!

Cheryl McMeekin
Great musician and singer. Freddy was so talented!!!

joycekingsmith
I hope you&#39;ve found the peace you were looking for, Freddie. Heaven gained a Queen but we lost a prince. Go with God. Peace, my brother.

Iancompat
In case Neysa doesn&#39;t read her replies - The &quot;May&quot; for Cancer is for Brian May, not the month!

Iancompat
Neysa, The &quot;May&quot; is for Brian May not the month!

littledick
Guessed it. The only name I recognized. But that Zodiac business is for the birds. Most likely the members&#39; signs were not done by sidereal astrologers. Most placement of the signs are based on the positions of their galaxial positions during the Roman Empire, but the Heavens are dynamic. Galaxies move in relation to us and the sun, slowly to be sure, but after 2000 or more years the change is sufficient enough to have all signs moved forward by one month. This simply means that someone born in early March, was not really born under Pisces, but the previous sign, Aquarius. Oh, well, it&#39;s all a crock anyway, what they do with it.

earlepg
The only name that I recognized.

dsneed
I am very sorry that I found out about Queen too late in their career to really get to enjoy their art. What little I saw and heard of Freddy Mercury was outstanding. Does the movie do him justice? Yay me.