The expression never appears in any of the Conan Doyle stories but, of course, the phrase is widely known and does appear in works by other authors. The earliest known use is in "Psmith, Journalist", a comic novel by P.G. Wodehouse, first released (1909) in the UK as a serial in The Captain magazine and later (1915) published in book form. The eponymous (Rupert) Psmith is the character who uses the expression. Here is the reference: “I fancy,” said Psmith, “that this is one of those moments when it is necessary for me to unlimber my Sherlock Holmes system. As thus. If the rent collector had been there, it is certain, I think, that Comrade Spaghetti, or whatever you said his name was, wouldn’t have been. That is to say, if the rent collector had called and found no money waiting for him, surely Comrade Spaghetti would have been out in the cold night instead of under his own roof-tree. Do you follow me, Comrade Maloney?”“That’s right,” said Billy Windsor. “Of course.” “Elementary, my dear Watson, elementary,” murmured Psmith.

Suraya Choudhury
I thought that it was Sherlock Holmes ! James Lovatt
Can a fictitious character actually “say” anything? Pedantic comment of the day. 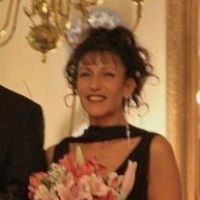 Bridgette Wechsler
Shady dealings the way the question was asked; not very nice.

Corey Taylor
Prabhakar Rao Suvvaru, Only in the movies, the line does not appear in any of the 60&#39;s stories in Sir Doyle&#39;s canon. David McKay
I knew it was Wodehouse, but didn’t know the name of the character

Syed Hussain
Some wrongs are better than some rights. One could perhaps live one&#39;s life with a pleasant lie better than with a bitter truth. Anne Roberts
We live and learn Dani Smith
Mary Broadhead, he never said it in the books. Maybe the movies. But they came after the books. Robert L Mcgraw
I agree. Not a &quot;Fair Question&quot;, and that&#39;s Elementary!