Who fought in the first Opium war?

The first Opium War (1839–42) was fought between China and Britain.

The Opium Wars arose from China’s attempts to suppress the opium trade. Foreign traders (primarily British) had been illegally exporting opium mainly from India to China since the 18th century, but that trade grew dramatically from about 1820. The resulting widespread addiction in China was causing serious social and economic disruption there. In March 1839 the Chinese government confiscated and destroyed more than 20,000 chests of opium—some 1,400 tons of the drug—that were warehoused at Canton (Guangzhou) by British merchants. The antagonism between the two sides increased a few days later when some drunken British sailors killed a Chinese . The British government, which did not wish its subjects to be tried in the Chinese legal system, refused to turn the accused men over to the Chinese courts.

George Oliver Prince
Knew the answer, the only problem was that China had that much opium to destroy

Coral
I know that China banned the writing of CS Lewis. I&#39;m wondering if there is in fact any substance in the theory that Lewis used opium to assist him in his writing. Just wondered if there was a causal link in this theory

Jim Adams
Likely all the opium wars were between China and Britain.

Mike Dorman
&quot;River of Smoke&quot; is the best fictionalized account of these events I&#39;ve read. Bruce Chowning
The book “Tai-Pan” uses this as a backdrop. It’s a fictional story, but the history is correct.

Diane Lynn Kinsman
Remembered that , read a book about it..

james parrillo
R.I.P. Tasha the Cavalier, We came to love your dear friend, too. I did not know China was fighting to keep the opium out of China. I did remember the other country involved was Great Britain. Thank you, Christine, James&#39;s wife

silrem
Good info but would have liked more.

Lynne Zeman
Wow. Knew there were many Chinese &quot;opium dens&quot; brought to the US frontier states, but had no idea that Britain was also involved in trading. But then, there will be &quot;enterprisers&quot; everywhere. Unfortunate human behavior. 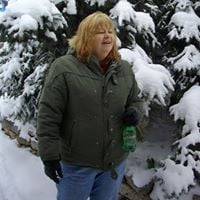 Tippie Smibert
lots of happy to serve soldiers, I bet....

Ed Taber
GreedyJoel, And what of the rumor that Joe Kennedy and Ari Onassis controlled the &#39;Argentine White&#39; during the 30&#39;s?

Louise C.
Thank you for the great question

Janette Will
Knew this. Part of history I was taught at school.