Who fought the "Winter War"?

The Winter War was a military conflict between the Soviet Union and Finland in 1939–1940. It began with the Soviet invasion of Finland on 30 November 1939 (three months after the outbreak of World War II), and ended with the Moscow Peace Treaty on 13 March 1940. The Soviet Union ostensibly sought to claim parts of Finnish territory, demanding that Finland cede substantial border territories, claiming security reasons, primarily the protection of Leningrad, which was only 32 km (20 mi) from the Finnish border.

The Soviets possessed more than three times as many soldiers as the Finns, thirty times as many aircraft, and a hundred times as many tanks. The Red Army, however, had been crippled by Stalin's Great Purge of 1937. With more than 30,000 of its officers executed or imprisoned, including most of those of the highest ranks, the Red Army in 1939 had many inexperienced officers. Because of this and high morale in the Finnish forces, Finland repelled Soviet attacks for several months, much longer than the Soviets expected.

However, after reorganization and adoption of different tactics, the renewed Soviet offensive overcame Finnish defenses at the borders. Finland then agreed to cede more territory than originally demanded by the Soviet Union in 1939; the Soviets, having conquered the areas they demanded from Finland but at a cost of heavier losses in troops than anticipated, accepted this offer.

Sergey Boev
It was a Pyrrhic victory for USSR. They had over 350 000 casualties, Finland about 70 000, over 3500 soviet tanks and more than 500 aicrafts were destroyed against 30 tanks and 50 aicrafts lost by Finns.

Fred Keogh
If this war had been fought by equal numbers and equipment, the Finns would have wiped the floor with the USSR. One of the side effects of this war was the Finns joining the Germans for the greater part of WW2. It did produce one of the greatest soldiers to emerge from the conflict. Marshall of Finland Carl Gustaf Emil Mannerheim, probably among the greatest Military tactician&#39;s of the 20th century.

John W Shreve
And Finland is now a NATO member. Vlad Pooptin doesn&#39;t like that.

terry makkm
James Webb, I am Singaporean. Got it wrong.

James Webb
I wonder what nationality were the 65% that got the answer wrong.

Chris Braid
Surprised that there was no mention of Mannerheim in the answer! 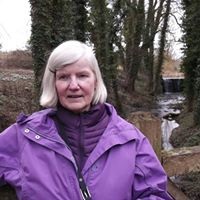 Joe Mangan
sekrob, bravo. A humble and humbling answer from an octogenarian. Why on earth have two people downvoted him?

Susanna Viljanen
I&#39;m a Finn, so this was easy for me.