Pierre Morad Omidyar is an American billionaire entrepreneur, computer scientist and philanthropist. He is the founder of eBay where he served as chairman from 1998 to 2015. He became a billionaire at the age of 31 with eBay's 1998 initial public offering (IPO).

Omidyar and his wife Pamela are well-known philanthropists who founded Omidyar Network in 2004 in order to expand their efforts beyond non-profits to include for-profits and public policy. Since 2010, Omidyar has been involved in online journalism as the head of investigative reporting and public affairs news service Honolulu Civil Beat. In 2013, he announced that he would create and finance First Look Media, a journalism venture to include Glenn Greenwald, Laura Poitras, and Jeremy Scahill.

Puppermom
The choices that you had for an answers made it so easy to get the right answer.

Joanne Serin
Bezos, Gates. and Zuckerberg would be logical alternatives, too, as opposed to the ones that were used.

spower
Under what parameters can this be considered a serious question? I&#39;m sorry but for me it is not amusing, it is ridiculous. 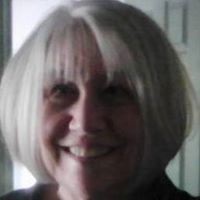 Gail White
It is surprisingly hard to write a good multiple choice question... So I offer this in spirit of hopefully helping.... When you pick three so obviously wrong answers it&#39;s not a trivia question or less. Bkerp trying... 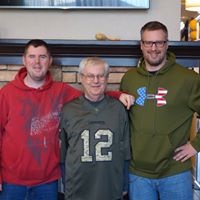 Gene McCoy
I almost went with Hillary due to the fact her husband&#39;s Vice President invented the Internet.

glennwo47
Wrong, Hillary and some nerds created it in the basement of that pizza place in D.C.

richardgcrane
For a moment there I thought this was Carol White&#39;s! Jeff Crimmel-author
Bob Alexander, I am too.

drmargiem
Silly choices. I love getting the correct answer but where is the challenge.

Kitty White
I was sure it was George Washington. Karen Jesnowski
Puppermom, and yet look at the graph, some one actually chose George Washington! SCARY out there! Cande Lazenby Fudge
how could anyone miss this one?

ninakamwene
Really! This was truly a trivia one.

Irma Rivera
I would of have fainted if the correct answer was George Washington!!! On less the time machine existed by the time he was president!!! Chuck Topping
That was a gimme

neilg
I would have chosen Tony Stark. Or Elan Musk. Like there&#39;s a difference

John W Shreve
It would have been tougher if Popeye had been a choice.